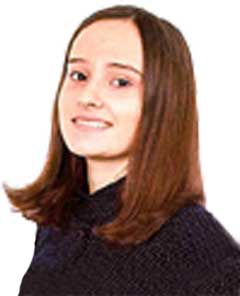 Ksenia had always been an active girl with vivid personality. She went to school, worked out and used to take long 20-km bike walks.

Her health began to fail in September 2016 when Ksenia started feeling an inexplicable weakness. With every passing day, it was getting worse. The girl developed severe anemia. In October Ksenia felt very sick and was taken to hospital. As it turned out, health deterioration was caused by duodenal cancer that Ksenia and her family had no knowledge of.

Unfortunately, the tumor had grown to the point of metastatic spreading. Multiple liver metastases, combined with the extremely rare nature of the illness, made it impossible for the Russian oncologists to help. Medical aid abroad was the only option.

Through the help of her family, friends and our donors, the girl has already undergone a surgery in a hospital in Mainz (Germany). The intervention went well. Ksenia came back home and is now receiving treatment at Dmitry Rogachev Centre for Pediatric Hematology and Oncology. Ksenia Travkina has been admitted to the Higher School of Economics (University). The studies began in September. Ksenia devoted all her energy to study and struggle against her disease.

However, in November 2017 medical examinations revealed that she had got multiple metastases in liver with inconclusive screening results and new additional minor hotbeds of disease. For this reason and in order to decide on treatment, doctors recommended a follow-up examination to be carried out in January 2018. Through your kind donations, we were able to raise the right amount of money to pay for Ksenia’s treatment.