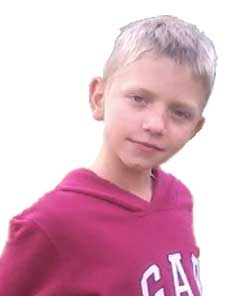 Makar sustained a severe brain injury in an accident at judo competitions in November 2015. The trauma only manifested itself a few days later when the boy suddenly felt sick and was taken to hospital with complaints of intense headache. The examination showed that the injury had caused a cerebral arterial aneurysm.

After the first surgery, with 5 microcoils installed in Makar’s artery, the boy’s life was still in danger as there was a high risk of aneurysm rupture. A second intervention was the only chance to stop further aneurysm growth and prevent a possible aneurysm rupture. The unique intervention took place on March, 6 in Tel Aviv.

The Israeli surgeons performed a complex stent implantation using innovative high-technology methods. The doctors reported a favourable outcome of the treatment. Makar left the hospital and remained under medical supervision in Tel Aviv.

Through your kind donations, we were able to raise the required amount of money to pay for Makar’s treatment in Israel. The surgery went well!